The HPB Hybrid provides up to 8 hours of continuous operation without carbon dioxide emissions, fuel consumption nor noise, thanks to the battery pack. The special dry batteries are able to be recharged in few hours from either an external power source or from the built-in backup generator.

When the Hydro Power Box Hybrid is powered through the battery pack, it is completely silent and doesn’t emit carbon dioxide (CO2). An ideal solution for events and working areas with low noise or CO2 emission requirements.

Thanks to the hybrid features and the LED lamps, the Hydro Power Box Hybrid can run more than 490 hours without refueling.

The Hydro Power Box Hybrid has two large doors to easily reach the technical area. The lamps can be easily adjusted by using the ladder included in the machine.

Hydro Power Box Hybrid can be equipped with optional Hyper LED floodlights, placed on special brackets to point them in every direction. 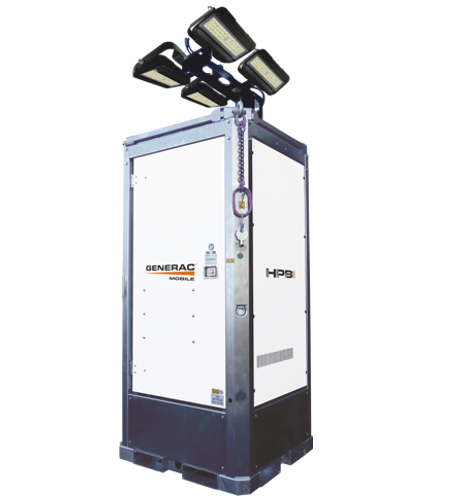